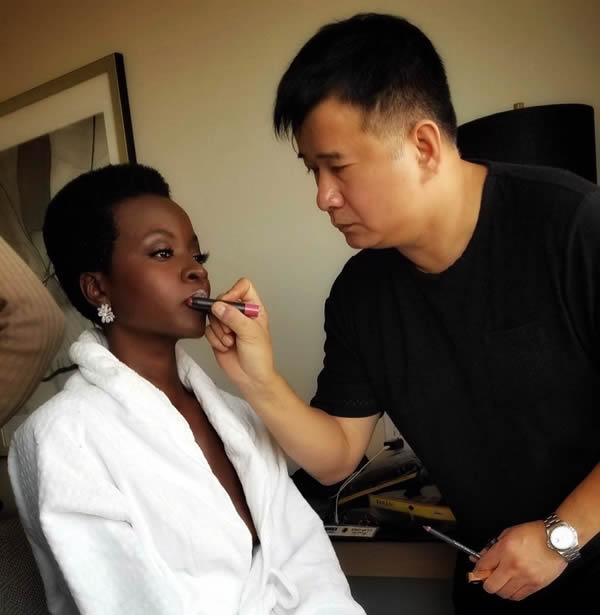 “It doesn’t matter how much make-up you put on a person; you should never lose that person in their transformation.” — Tym Buacharern

Two-time Emmy Award winner and Architect of Beauty Awards winner, Tym Buacharern is one of today’s premiere make-up artists.  In all facets of media, print, film, and television, he has a reputation for his clean make-up beauty technique with luxe and natural skin.  His motto is “It doesn’t matter how much make-up you put on a person; you should never lose that person in their transformation.”

Tym’s big break came when he got a call from Janet Jackson to join her on The Velvet Rope Tour.  He became Janet’s go-to artist for over 10 years on multiple tours, personal appearances, Music Videos, and film.  He also caught the attention of music giants like Tina Turner, Cher, and Pink.

In the years that followed, thanks to his eye for detail and innovative fashion sense, other celebrities like Lupita Nyong’o, Danai Gurira, Shahadi Joseph Wright, Gabrielle Union have turned to Tym as their top choice of artist.

Recognizing his talents, producers and directors on shows such as The Harder They Fall, NOPE, Dreamgirls, Secret Life of Bees, Miles Ahead, One Tree Hill, US, Hit the Floor, and House of Lies have relied on Tym to bring the highest level of quality to their productions.

Though Tym has reached such heights in the realm of make-up artistry, he continues to study professionally to sharpen his skills, thereby ensuring that he will remain at the top of his craft.